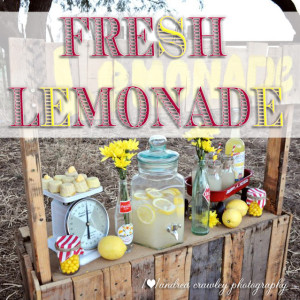 This weeks challenge has been especially, well….challenging.  As a matter of fact, to prove this statement here is a screen shot from November 21, 2013:PhotoAwesome Screen Shot.  Yup, that’s right.  NO ONE had uploaded an image!  Here it is Saturday now and only 11 different individuals have posted images.  This week has truly been a week of pushing us beyond our limits.

I started out using a tripod; Holding the camera, holding the prism, manual focusing, snapping the image….it all sounded like I needed to have AT LEAST one more set of arms like the Hindu goddess, Vishnu.  (But, really, who hasn’t wished for one more set of arms at least once in their life?)  For the first two shoots I had subjects that either were not going to move or could not move – the tripod and manual focus didn’t bother me for these shoots.  But the last two shoots involved moving targets and by the end of it I was cussing the tripod AND manual focus!   Neither a tripod nor manual focusing is conducive for this type of subject, so I ditched ’em.

Before I began the project I was super excited, having searched out what few tutorials exist for “prisming” and the incredible visual aids to show just what we photographers are capable of producing while using a prism.  A big part of what made this weeks challenge so difficult is needing a basic understanding of the prism and how it bends light.  If you don’t understand this, you CANNOT plan for the shot you want to create.  I still have a lot of practice to get in before I could tell you to hold the prism “this” way in order to bend the light to get “this distortion” in your image.  But I can tell you that you can expect to get blotted or streaked rainbows, reflected environment which would otherwise not be in your frame, and the edge of the prism appearing as a rectangular white line in the image, sometimes with a rainbow on the tip depending upon how you hold it.

Although I felt a little let down during the shooting process this week, prisming is a technique I intend to continue practicing and perfecting because I had loads of fun blending prismed images in Photoshop!  I felt let down because the prism only affected the area over which it was placed (duh) and somehow the resulting image, although it would otherwise have been very good, would have a corner blurred/reflected/rainbowed (I know, it’s not really a word, but what else would you call it?) effect.  It just didn’t fit the feeling of the photograph.  So I’m not convinced a prism is a tool I would use too much during a portrait shoot (or, maybe it was just the mood of the particular shoot that I didn’t like the effect with).  But evidence suggests that with practice (and Photoshop) prisming will create unforgettable images for your clients, or your pleasure.

The few images which have been submitted by other photographers for this challenge so far also indicate that, as tough as it is, prisming promises to be worth the difficulty.  If I keep it up, this is a technique that could be used to set me apart from other local photographers….in other words, it’s well worth the effort.  Which is a theme I am seeing in my life.  The things that I value most in my life are the things I have had to work harder than I ever thought I could to get and keep.

Here are some of my favorite images from this weeks effort:

But my personal favorite is a blend of THREE photos (also a first for me!):